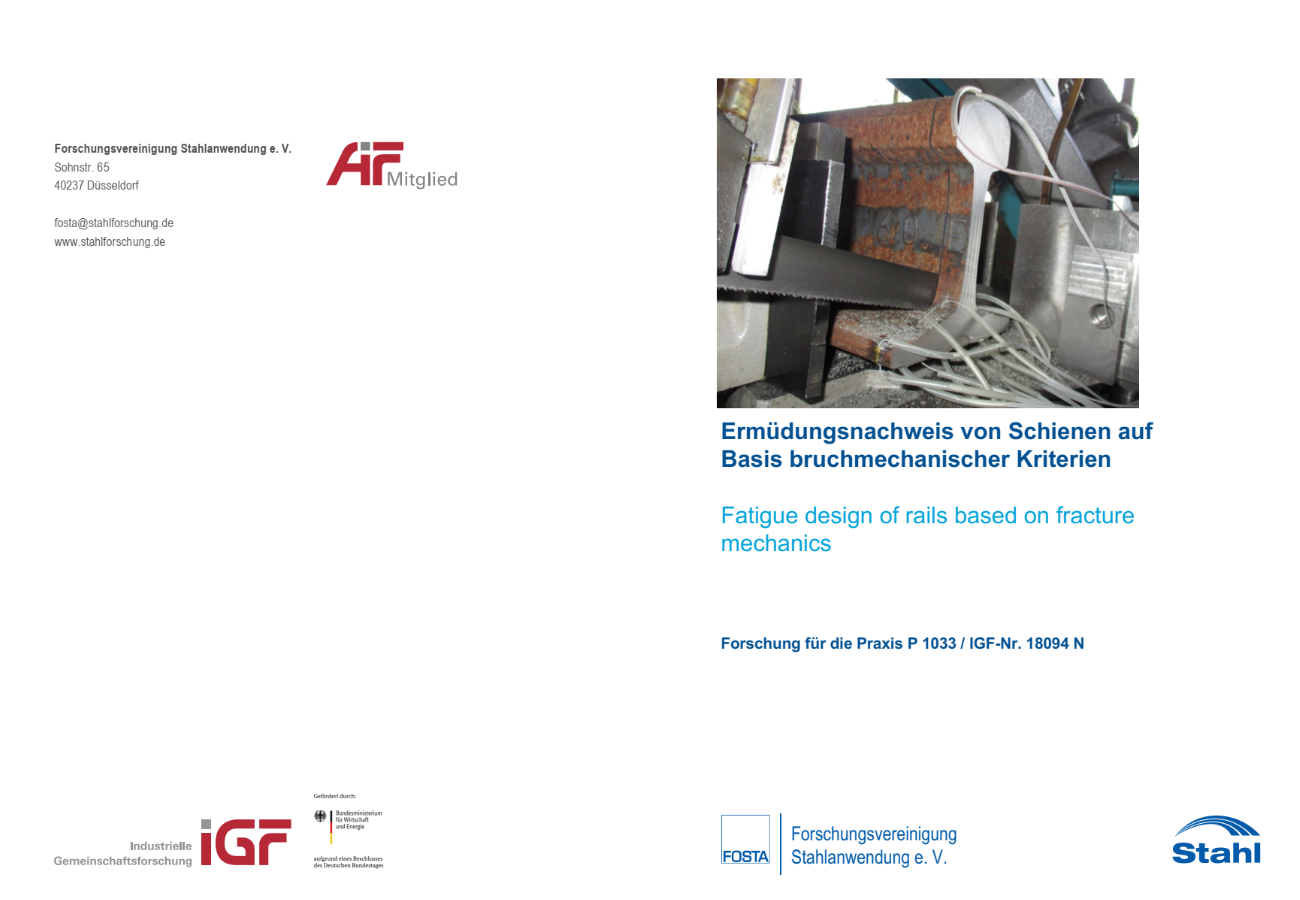 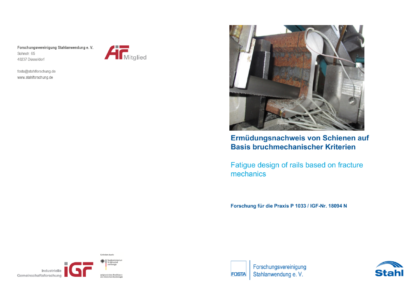 P 1033 – Fatigue design of rails based on fracture mechanics

P 1033 – Fatigue design of rails based in fracture mechanics

In this research project, approaches for the fracture-mechanical description of crack growth in the rail foot are being developed.
For this purpose, finite element simulations are used to show how the stresses from residual stresses, temperature, train passage and structural deformation are distributed in the rail foot. The magnitude of the loads to be applied from structural deformation is determined. It can be shown that the stress components can be divided into three groups according to their distribution in the rail foot, which can then also be found in the determination of the K-factors. Finally, the connection between torsion and displacement of the bridge head is examined in more detail.
The residual stresses of the rails are determined experimentally. It is shown that the expected compressive residual stresses at the rail foot edge are also found in reality.
Tensile residual stresses prevail in the centre of the rail foot. However, the extent of the residual tensile stresses varied greatly depending on the rail grade investigated. The large-scale fracture mechanics tests on notched rails show that notched rails of the same quality behave similarly and thus fracture mechanics concepts based on cracks in the rail foot can in principle describe the cracking of rails. However, it is also noted that the large-scale tests do not allow any conclusions to be drawn about the actual life expectancy of a railway rail in the track. The notch introduced modifies the test specimens in such a way that the results obtained with them allow conclusions to be drawn about the fracture mechanics model to be applied. It is not possible to draw conclusions about the resistance to crack initiation of the individual test specimens.
In small-scale fracture mechanics tests, the fracture toughness of the rail steels is determined at the “rail foot centre” and “rail foot edge” sampling points. It turns out that a purely elastic evaluation of the tests is not expedient. An evaluation for elastic-plastic materials is necessary. It cannot be conclusively clarified whether this necessity is due to the material properties of the rail steel alone or also to the very narrow specimens.
For the representation of crack growth with fracture mechanics methods, different approaches are shown and the possibility of simulating seasonal dependencies and the interaction of different loads is presented. It is shown that the simulation of individual cracks is very well suited to show the influence of individual parameters on crack growth. 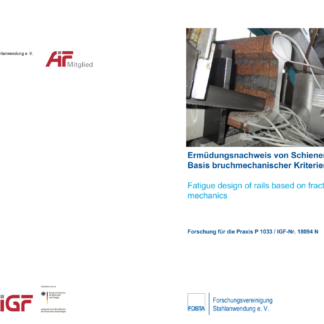