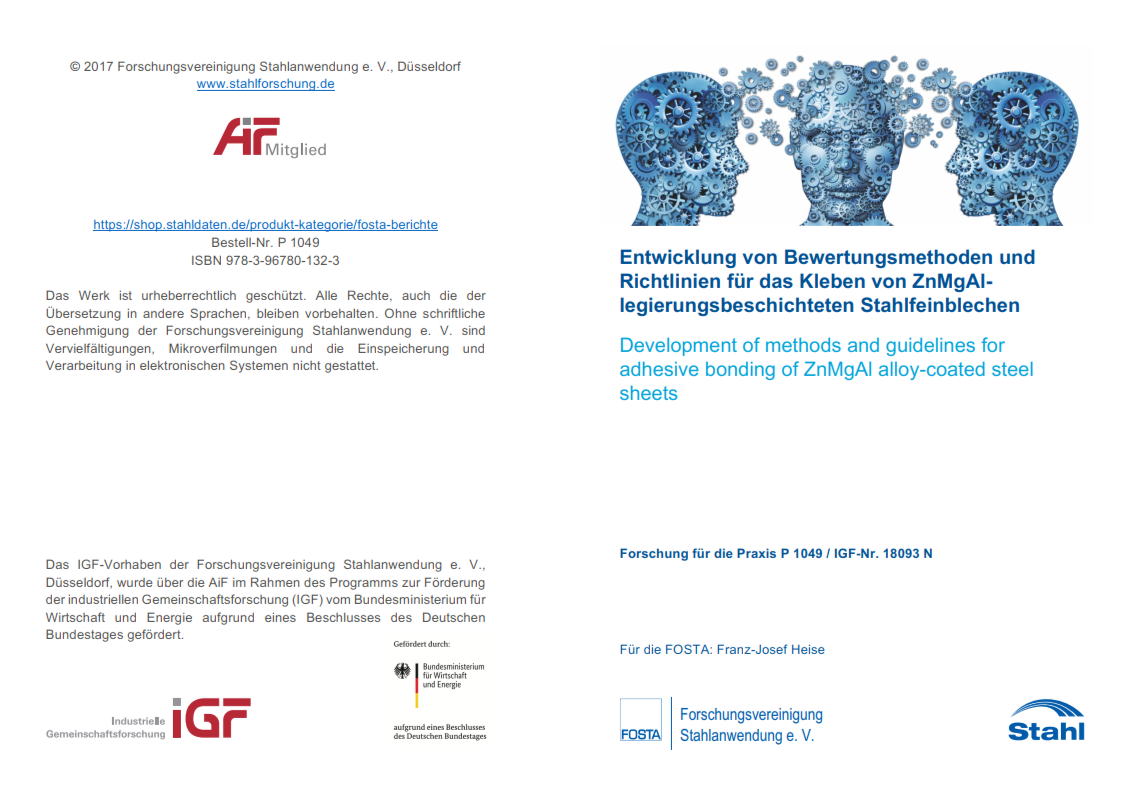 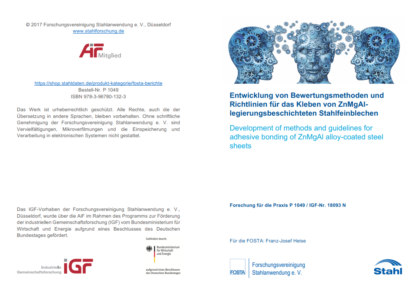 The +ZM (ZnMgAl) alloy coatings are a further development of conventional +Z coatings with an improvement in corrosion protection and abrasion resistance in the forming process. In combination with structural adhesives in car body applications, high joint strengths are achieved for this type of coating, in which case macroscopically adhesive failure components can occur. Due to the high strengths, the partition into adhesive failure for a poorly designed joint and a cohesive failure for a well designed compound is not sufficient. In screening tests, a 1-C EP adhesive system and a +ZM and +Z-coated material were selected by means of SLJ and TPeel tests for the composite strength and the failure behavior. The mechanical adhesivley bonded joint properties as well as the resulting failure behavior were determined at different test conditions and sample geometries. In order to get an understanding of the interface properties, the surface state of the substrates were determined by means of XPS, AFM, REM and EDX before and after the mechanical test. Thereby, it was proved that the resulting fracture path is in the boundary surface.
Therefore, elements of the coating, but also adhesive residues, are present on both joining parts after the mechanical test by means of XPS. The aimed variation of the oxide composition by means of different surface modifications did not provide any improvement of the fracture pattern, but the mechanical properties of the boundary layer were affected. The maximum adhesively bonded joint strength is decisively influenced by the adherends properties. Therefore, a method was developed to reduce the influence of the adherends to the resulting peel resistance. The peel resistanc of the adhesives can thus be characterized as a function of the failure behavior. It has been found that the failure mode has a significant influence to the value and the time-dependent behavior of the peel resistance to the boundary layer and to the adhesive layer. In order to determine failure mode after the mechanical test, microscopic images of the two fracture surfaces were made as an extension to the standard fracture pattern evaluation. Thereby a transfer of particles which can be analyzed by means of the relatively simple and inexpensive IR-spectroscopy can be determined. With the results of this research project companies are able to evaluate the systematic approach of the resulting failure mode of structural bonded +ZM coated steel sheets. 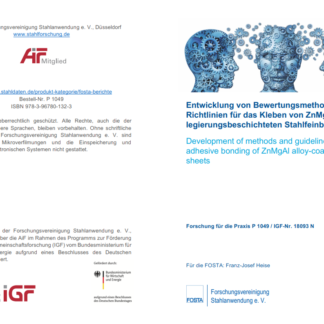 You're viewing: P 1049 – Development of methods and guidelines for adhesive bonding of ZnMgAl alloy-coated steel sheets 30,00€
Add to cart