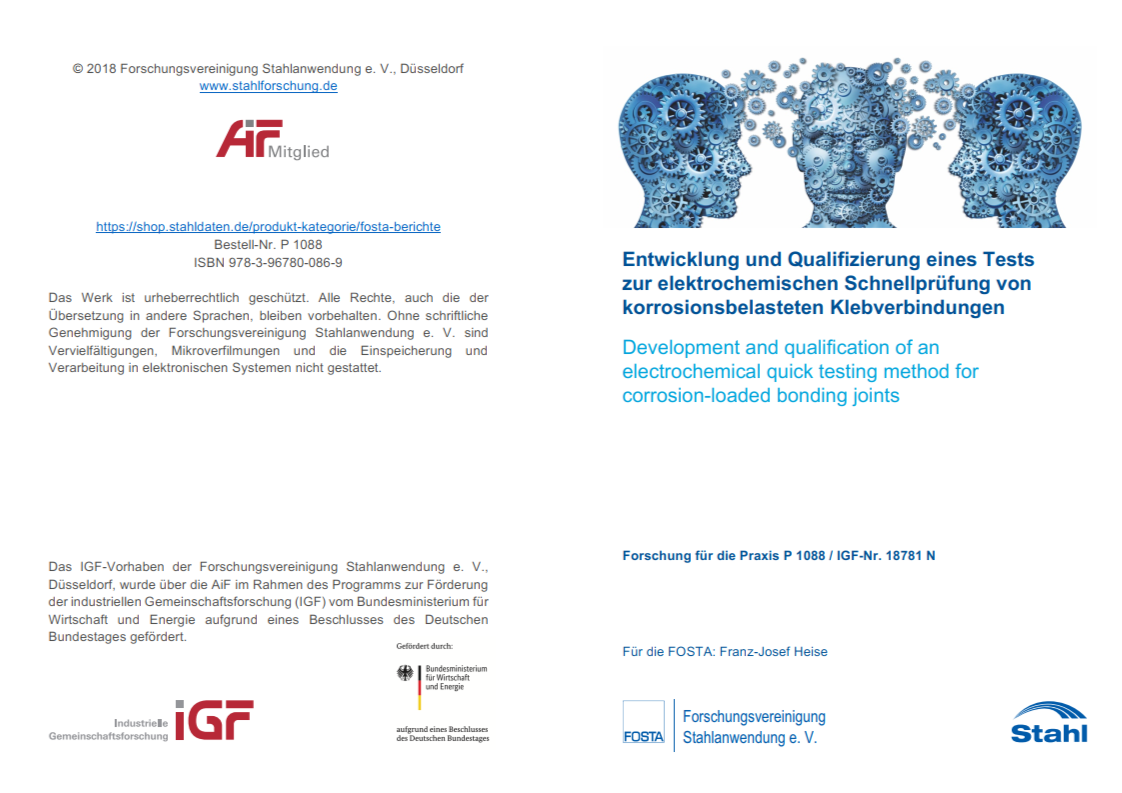 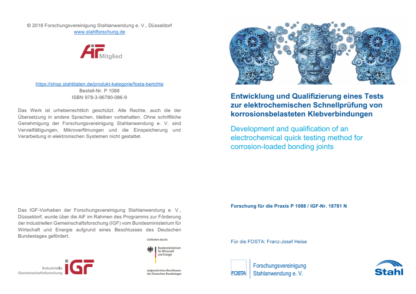 In the case of painted sheets, microscopic paint imperfections at the joint edges have the effect of defects at which corrosion processes are initiated by local element formation. This behaviour can be applied to bonded joints and in some cases only partially mapped in laboratory climate change tests. In order to reduce the test duration and the effort required to carry out corrosion tests, a short-term test setup for reproducing the corrosion behaviour under real conditions is to be developed. At the beginning of the project, three application-oriented bonds were defined with fundamentally different properties. Two applications come from automotive body construction and are represented by structural and relining adhesives. The manufacturing process and the after-treatment are based on the body construction process. The third application represents an elastic bonding of the frame structure for solar panels where no additional corrosion protection is provided. The basic development of the electrochemical corrosion test was based on the single lap shear test. The transferability of the results to more complex test specimens and different loading situations was investigated using T-peel and LWF KS2 specimens. In order to characterize the basic aging behaviour of the adhesive composites, outdoor weathering according to VDA 621-414 was carried out as a standardized reference corrosion test. Furthermore, application-oriented climate change tests according to VDA 233-102 and PPV 4017 were used for single lap shear tests. To evaluate the influence of aging, the strengths before and after aging tests were determined using mechanical testing methods. The resulting failure patterns were characterized using IR spectroscopy and EDX analysis methods and converted into a corrosion model.
These principles were used to vary and evaluate parameters influencing the potentiostatically controlled electrochemical polarization test. Target parameter regions were defined on the basis of the corrosion mechanisms using the single lap shear test. With the developed electrochemical rapid test it is possible to verify the sensitivity of an adhesive bond to electrochemical corrosion within a few days and to determine a residual strength. Furthermore, the developed parameters could be transferred to other test specimen geometries with more complex stress conditions.
After aging, all bonds were most resistant to the critical peeling stress. An electrochemical rapid test with a metal counter electrode was developed and verified with the potentiostatically controlled test to simplify the test setup and reduce the equipment effort. The results of the research project make it possible for small and medium-sized companies in particular to predict the electrochemical corrosion behavior of bonded composites with low testing effort and thus to design bonded joints in a cost-effective and time-efficient manner. 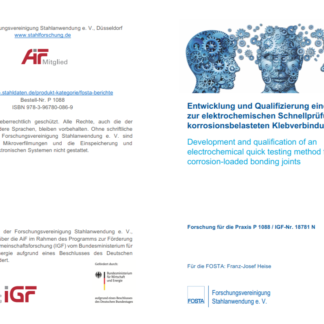 You're viewing: P 1088 – Development and qualification of an electrochemical quick testing method for corrosion-loaded bonding joints 30,00€
Add to cart