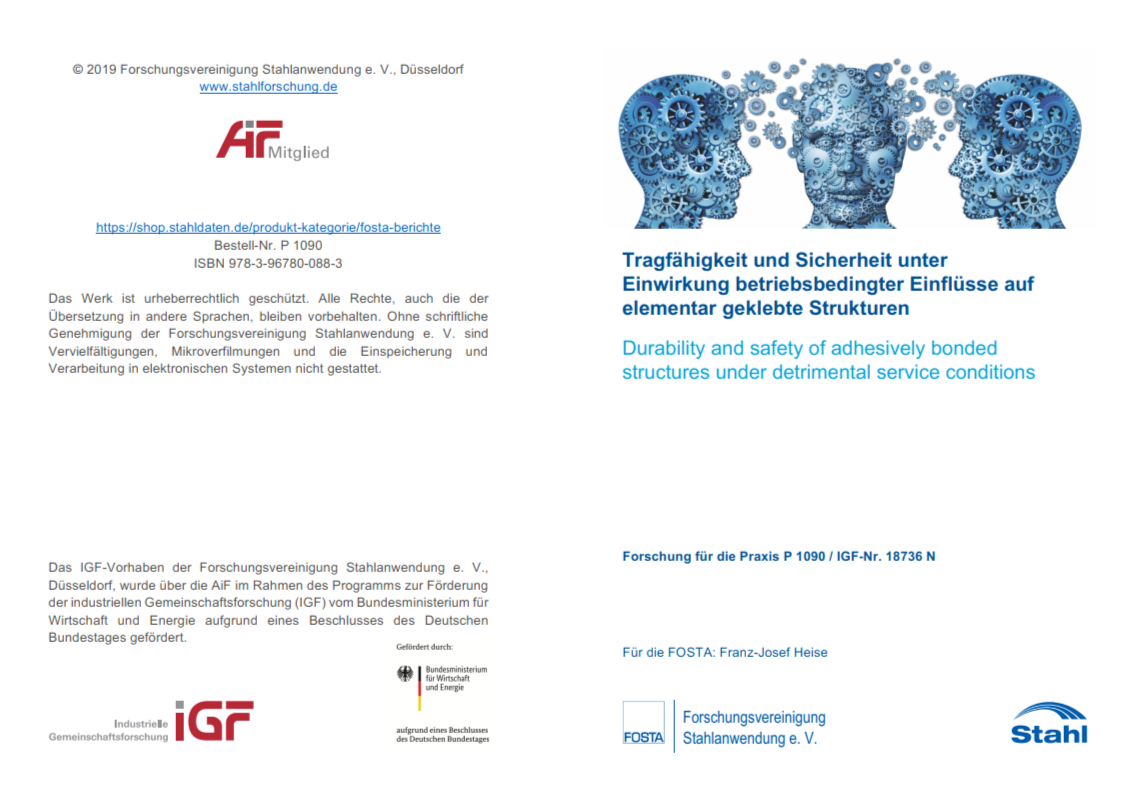 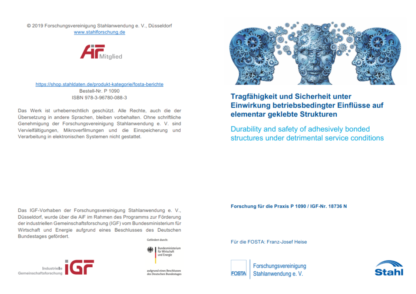 Durability and safety of adhesively bonded joints are of major importance in structural applications. The probability of failure of a bonded assembly after a certain period of time may be influenced by various ageing effects. Ageing of an adhesive joint is defined as a change in strength or safety as a function of time caused by external factors including e.g. mechanical stress, temperature and humidity. Accelerated ageing tests are based on the intensification of detrimental service conditions to reduce time and effort for the assessment of durability. The correlation of results obtained from accelerated laboratory ageing tests to long-term ageing under service conditions often remains an unsolved challenge.
In this project, different commercially available computer-based tools for non-linear regression analysis, estimation of reliability and lifetime prediction have been applied to experimental results obtained by accelerated aging of adhesively bonded joints. Different state of the art physico-chemical models have been evaluated in terms of their ability to predict the progression of aging caused by the interaction of two or more aging factors. The range of adhesives includes a single-component hot curing epoxy based adhesive as well as two two-component polyurethane adhesives. Adherends of stainless steel as well as hot dipped galvanized steel with and without electrophoretic dip coating have been assessed in different adhesive joint configurations. The modeling of the aging behavior has been performed with combined functions referring to the EYRING as well as the PECK model which both appear appropriate for describing the experimental data. The safety prediction, based on the probability of failure as well as the safety factor , has been performed by using the EYRING model which fits the experimental data in a more conservative manner. 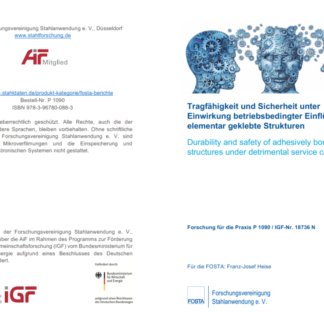