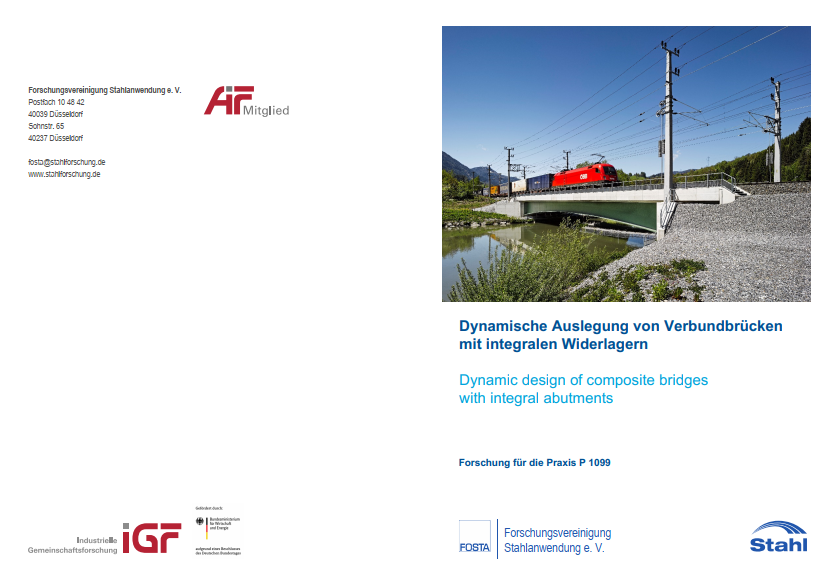 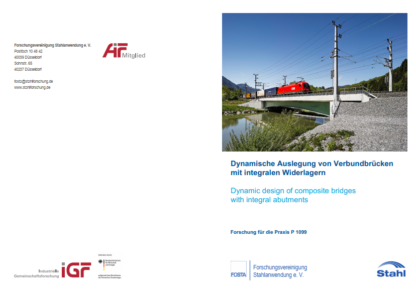 Prediction of behaviour of railway bridges by calculation is often not satisfactory. Measurements often reveal that a structure behaves much better in reality than in calculation. Railway bridges are excited by axles with regular distances, which can cause very high dynamic loads. Therefore, eigenfrequencies and respective mode shapes, which can be excited by vertical loads, have to be predicted as accurate as possible.
Damping characteristics of a structure are equally interesting. To some extend the differences between calculated and measured eigenfrequencies can be attributed to particular non-structural elements, whose contributions to system stiffness and damping cannot be considered according to current standards.
For bridges with integral abutments additional questions regarding a contribution of backfill have to be answered. For clarification a frame bridge crossing Salzach river was measured at different construction levels. Results are presented in chapter 2 of this report.
As this particular bridge revealed only a negligible influence of the backfill, additional parametric studies were performed with numerical models. These are presented in chapter 3.
In addition to dynamic short-term actions due to crossing trains, for bridges with integral abutments seasonal effects on the structures have to be considered. Seasonal elongations and shortenings of the bridge decks result in changes of earth pressure or changes of the dynamic behaviour of the system “structure – backfill”, respectively.
In chapter 4 of the report, the performed measurements on Rednitz Valley Bridge are presented and analysed. The Rednitz Valley Bridge is a 170 m long integral structure. The investigation is focused on the analysis of bridge deformations and on the reaction of the rail in the area of the bridge and of the transition to the embankment under climatic actions.
The aim of the measurements is the identification of the thermal strains of the retained superstructure and of the interaction between integral abutment and backfill. The analyses of the measured rail stresses bases on these results are prepared for the subsequent comparison with the model.
Knowledge obtained in this project regarding a realistic modelling of railway bridges with integral abutments is summarized in chapter 6 for practical engineers. The project goals were thus accomplished. 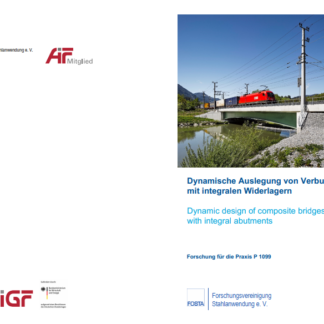