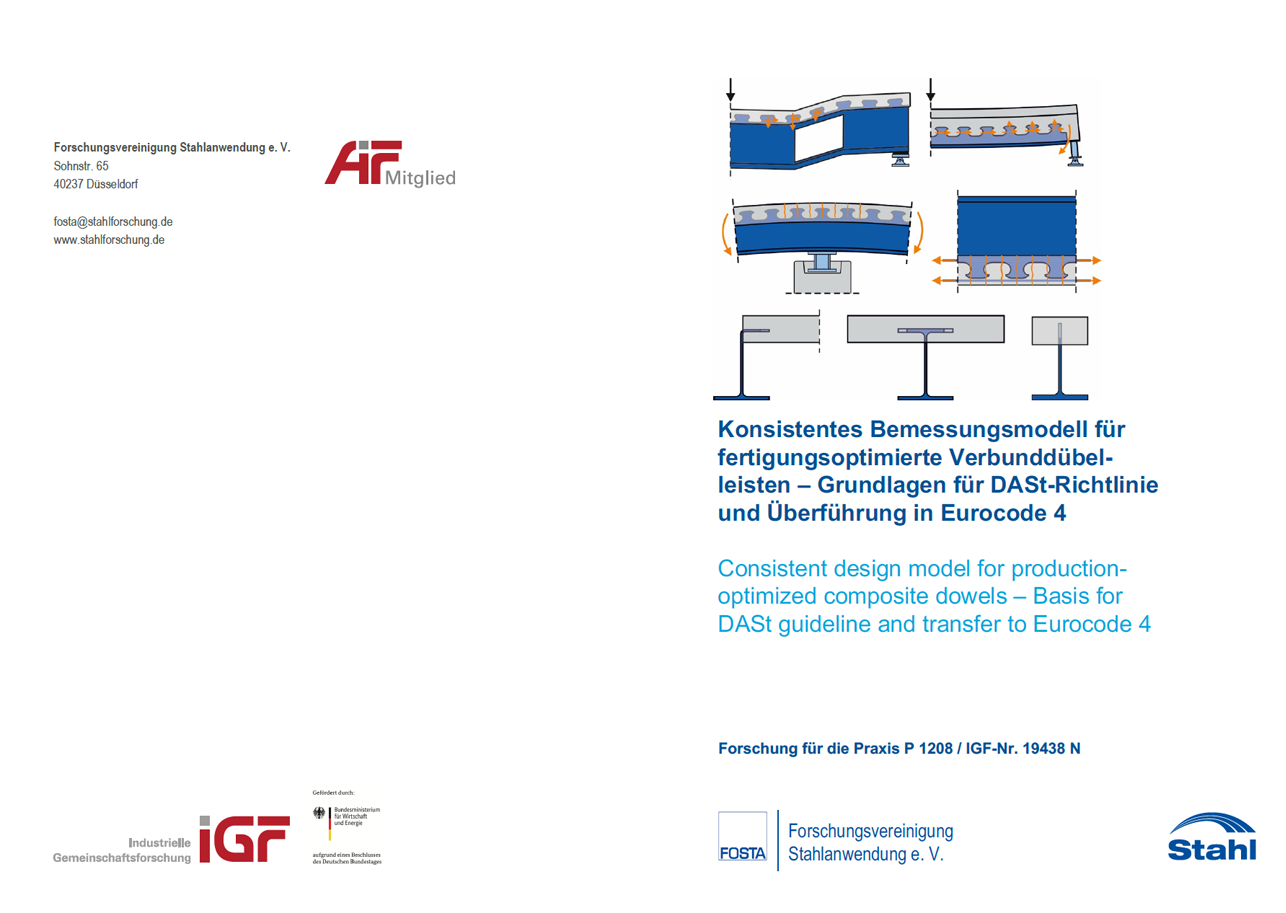 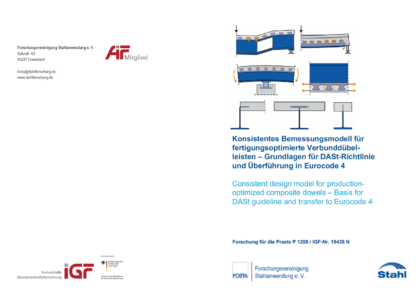 This report summarises the investigations carried out on the load-bearing and deformation behaviour of composite dowels in the field of building construction. The competitiveness of these economically and technically useful shear connectors is limited in comparison to conventional head studs by the fact that only a national and time-limited approval is currently available. In order to contribute to the integration of the composite dowels into the European standards, the participating research institutions concentrated on the investigation of composite dowels in cracked and non-cracked concrete, under longitudinal shear, tensile and combined shear-tensile loads as well as in positions close to the surface. New failure mechanisms could be observed and described by design formulas.
First of all, existing investigations on composite dowels, as well as already existing research results and design models were processed and summarized. Subsequently, experimental and numerical investigations on the load-bearing capacity of composite dowels in non-cracked concrete were carried out. From the results of the small-scale tests, approaches for the load-bearing behaviour under shear, tensile and combined sheartensile loads could be derived. For the verification of the models, component tests with three different test arrangements were used, which covered a broad field of application of the possible constellations of composite dowels under combined shear-tension and tension loads in building construction. The load bearing capacity of the composite dowels in beam tests always turned out to be better than predicted on the basis of the small-scale tests. The design models therefore offer a reliable estimation of the real loads.
Based on this, test specimens with composite dowels in transversely or longitudinally cracked concrete were produced and tested. It could be shown that longitudinal cracks do not have a load-reducing effect on the shear load-bearing capacity of composite dowels and therefore do not have to be considered within the design for predominantly static loads. On the other hand, a decrease of the shear resistance could be observed in the case of transverse cracks in concrete. Furthermore, the load bearing behaviour of composite dowels in positions close to the surface was investigated. This led to the failure mode ‘edge failure’, which has not been considered in the current type approval so far and was observed in small-scale and beam tests.
Based on these results, statistically verified design equations were derived. The existing model of the shear resistance was extended on the basis of the new results, while the failure mode shearing of the concrete dowel was checked and classified as not necessary.
A model for the tensile load-bearing capacity based on the pry-out behaviour on shear was further developed from existing approaches. Furthermore, approaches for transversely cracked concrete and combined sheartensile loads were proposed. Finally, a model for the determination of the longitudinal shear load-bearing capacity for installation positions close to the surface was described. 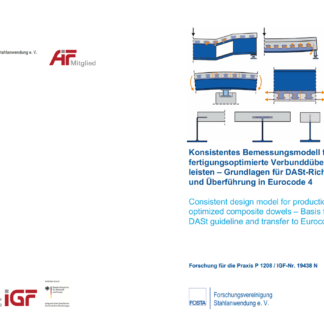