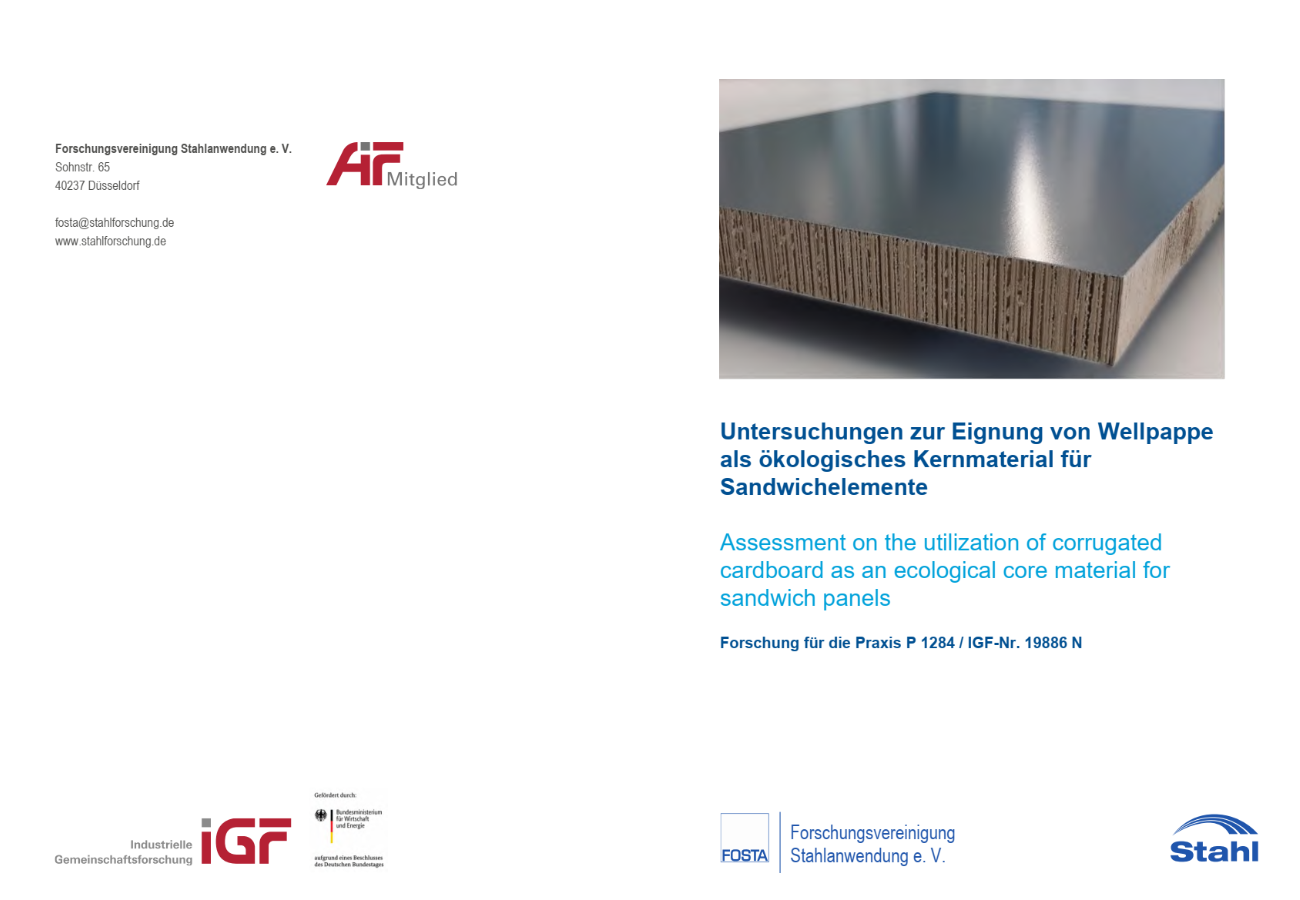 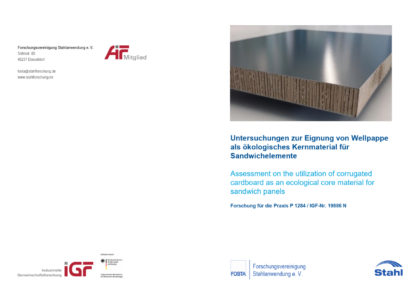 Within the scope of the research project the utilization of corrugated cardboard as an alternative core material for sandwich panels was assessed. On the basis of a literature research the most important basics of paper and corrugated cardboard on the one hand and of sandwich constructions on the other hand were collected. Building on this a viable material model was found and the elastic parameters as well as the strengths for overall ten different types of cardboard were detected.
The experiments for the determination of the elastic material model could not be evaluated tatistically due to the small number of tests. Despite partly high deviation of the test results, a fundamental assessment of the bearing behaviour was possible, though. In bending test on sandwich specimens, the composite bearing behaviour for four selected sorts of corrugated cardboard was investigated for three different core orientations. The influence of the inhomogeneity of the core built up with prefabricated lamellas could be analysed, too.
The panels with the weakest core orientation, in which the flat papers of the corrugated cardboard are parallel to the face sheets, showed a bearing behaviour that was very similar to the behaviour of sandwich panels with common core materials. For the specimens of the other two core orientations the flat papers of the corrugated cardboard are oriented perpendicular to the face sheets. The resulting support of the face sheets against buckling leads to the possibility of utilize the full yield strength of the face sheets.
The weakest core orientation leads to creep coefficients that are similar the those of common core materials, which means that permanent loading of this sort of panels is not possible, if flat face sheets are applied. The other two types of panels show very little displacement increments for long term loading, which might lead to other application fields in which the elements are methodically loaded permanently.
Thermal conductivity tests showed that the elements of core type 1 have the best thermal insulation capability. They have slightly higher thermal conductivity coefficients than mineral wools. The stronger types 2 and 3 behave similar and show much higher thermal conductivities than type 1. The application for in residential building would result in exorbitant panel thicknesses. For the energy standard of low heated industrial buildings an application would lead to a core thickness of about 260 mm, which would be technically feasible.
Investigation on the influence of moisture indicated that condense water in a panel, that is shuttered towards the ambient air. Long term experiments o Panels with one open side exposed to high air humidity, showed, that the moisture penetrates inside the element only very slowly but also is considered to continue until equilibrium is reached. Therefore, a sandwich panel with a core of corrugated cardboard should be designed to be shuttered towards the ambient air. 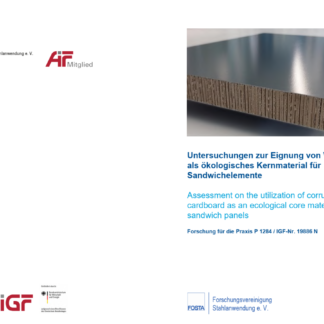 You're viewing: P 1284 – Assessment on the utilization of corrugated cardboard as an ecological core material for sandwich panels 40,00€
Add to cart