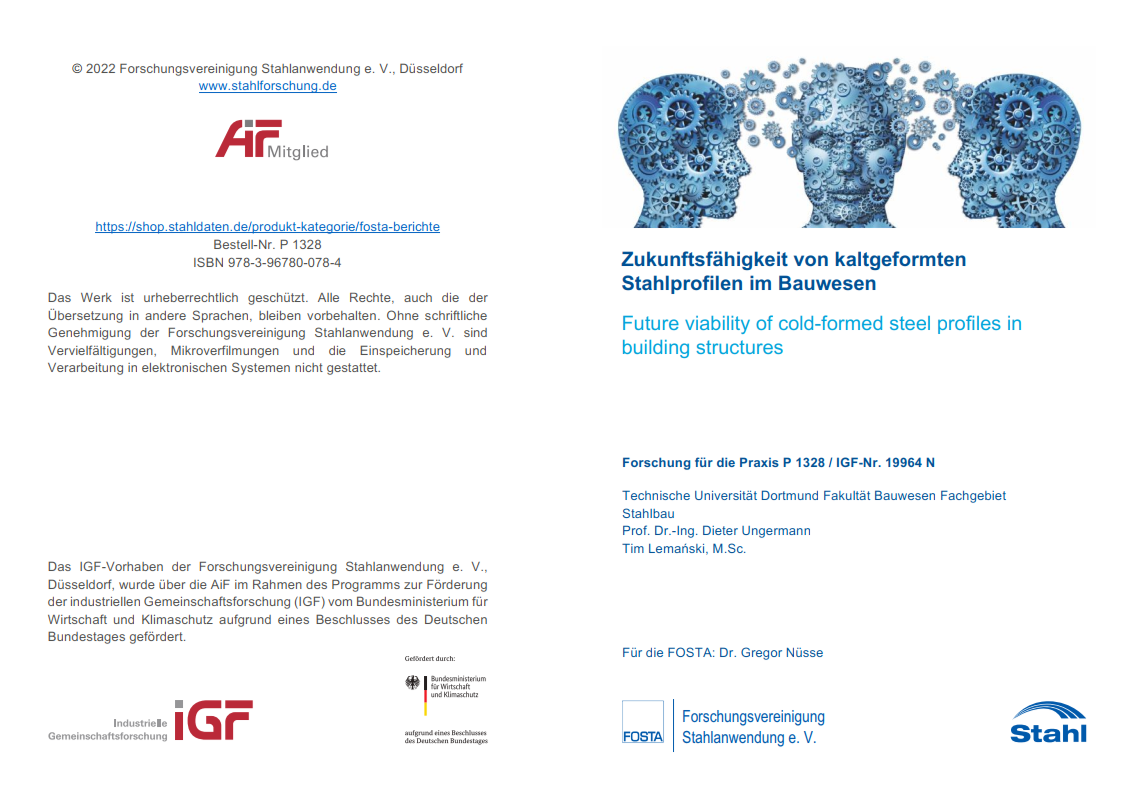 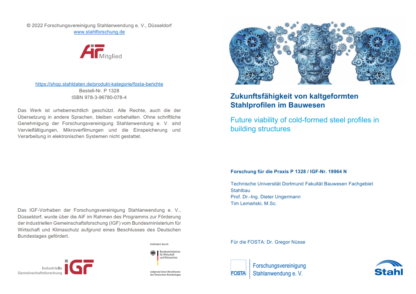 Thin-walled, cold-formed steel profiles are used in a wide range of areas from industrial steel construction to rack structures and special applications like viticulture. Due to the broad spectrum of applications, the variety of individual, user-specific profile shapes with corrugations, flanges and lips as well as perforations is very large. DIN EN 1993- 1-3 is available for design purposes. However, this was developed essentially for Cand Z-shaped purlins and for typical trapezoidal sheetings, so that its applicability is limited for the multitude of other types of cold-formed profiles. For profiles with perforations, a design is usually even completely impossible. In addition, the application of DIN EN 1993-1-3, even for simple cross-section shapes, is time-consuming and complicated due to the highly complex, overlapping stability shapes and provides conservative results.
The aim of the research project was therefore to develop a new, Eurocode-compliant design concept, by avoiding the complicated effective width method of DIN EN 1993- 1-3 and using modern finite strip software for eigenvalue analysis. The calculation of the cross-sectional bearing capacity due to various stability phenomena is mainly based on the user-friendly “Direct Strength Method” (DSM) developed at Cornell University (USA), which is part of the American standardization AISI.
For the purpose of developing and verifying the combined design method according to DIN EN 1993-1-3, including the DSM, the load-bearing behavior of various cold-formed steel sections was investigated in extensive experimental tests. In order to analyze the interaction of various stability phenomena and to determine the load bearing capacity, tests were carried out on various C-, Z- and omega-shaped cold-formed sections under compressive loads, bending and combined compressive and bending loads. The experimental matrix was supplemented by extensive numerical parameter studies, whose underlying models were calibrated on the experimental tests, in order to be able to confirm the validity of the developed design concept. Analytical consideration of the results showed that a shift of center-of-gravity cannot be neglected for short sections, so an approach was developed to account for these effects.
It was shown that a calculation of the ultimate load using the combined approach provides reliable results. In addition, a design of perforated sections, through the approach of equivalent thicknesses in the branching load calculation using finite strip programs, can be performed. Overall, the combined design method provides a simple, timesaving, practical, efficient and thus very good alternative to the existing methods according to DIN EN 1993-1-3. 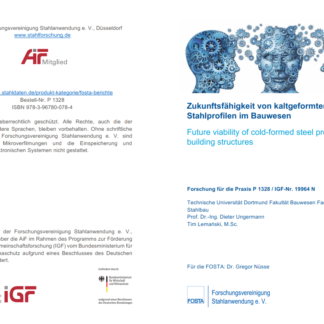