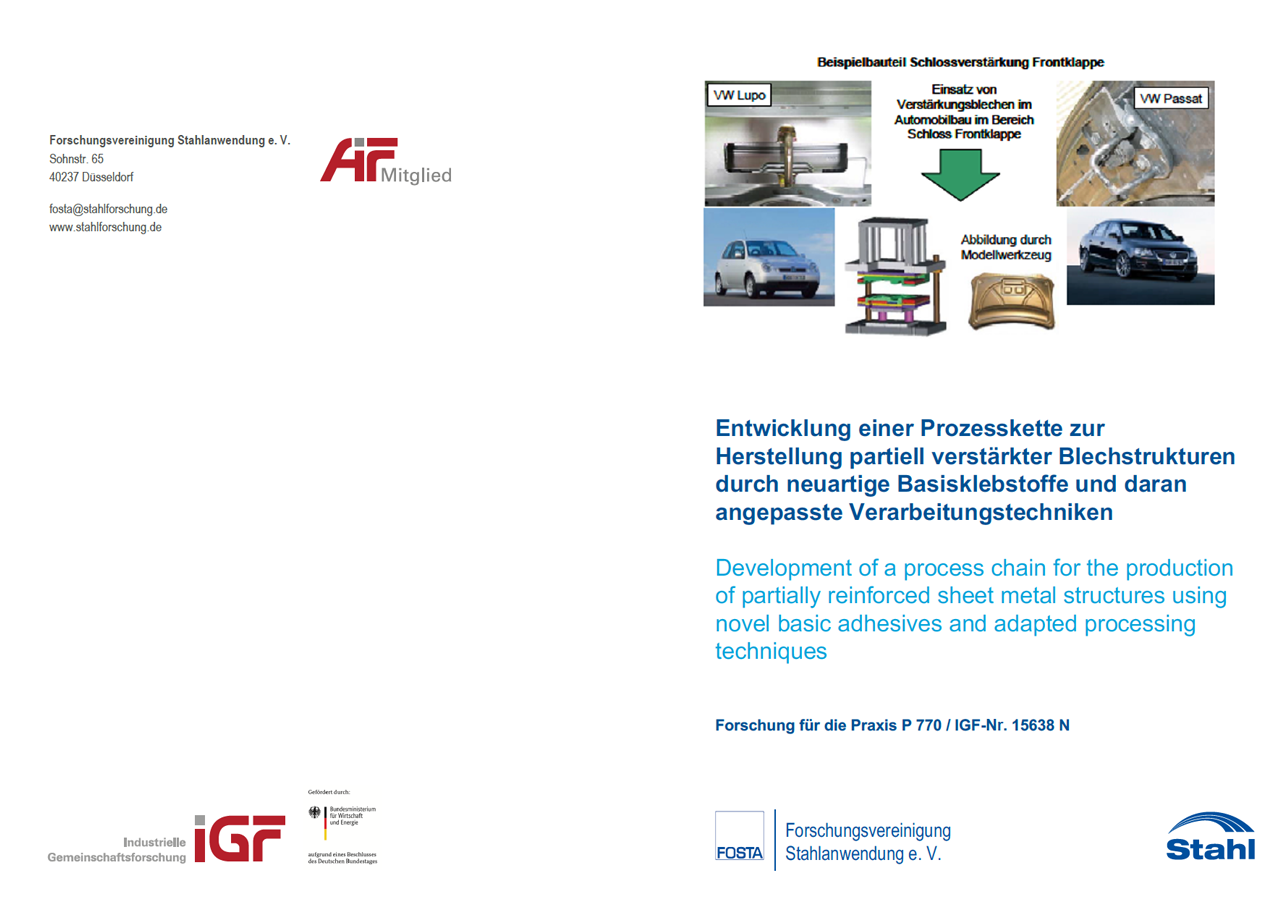 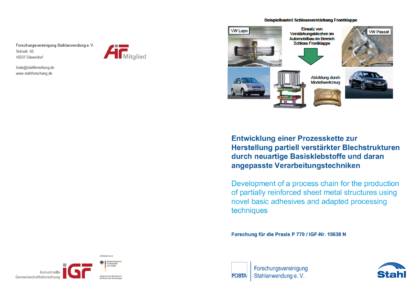 In this “Process Chain” project, basic adhesives (= preliminary stage to commercially usable adhesives) were developed for the first time, which enable the process steps of adhesive application and joining, which were previously carried out in a strict sequence, to be separated in principle. This is achieved by the fact that the basic adhesives have two different curing mechanisms. After passing through the first curing step, a dry, nontacky adhesive layer is present, which is still reactive. After joining with a second component, the pre-applied adhesive layer is melted by heating, thus activating the adhesive. Subsequently, the adhesive finally reacts to form a duromer.
This new principle can be used in many ways. For example, reinforcements of sheet metal constructions can be produced without having to handle adhesive during production: because the adhesive is already present as a dry layer on the coil from which the reinforcing parts are to be punched. It is also conceivable that these adhesives – after the necessary development into a commercial product – could be partially applied to sheet metal in order to produce flaps and doors in the automotive sector (fold gluing). The currently existing problems with over- and underdosing, tool contamination, corrosion due to incompletely filled adhesive folds can be solved with this new technology.
The suitability of the pre-treated sheets for integration into the processing chain, which is a fundamental prerequisite for such an application, was demonstrated in the course of the extensive cutting and forming tests carried out during the project. Furthermore, the simulative reproducibility of the described production techniques was examined in the course of the project in order to provide a basis for implementation in current process planning strategies. 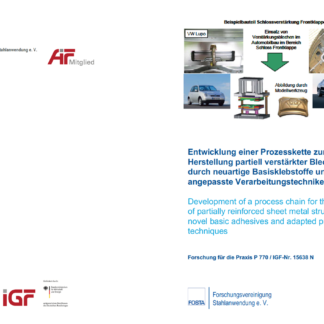